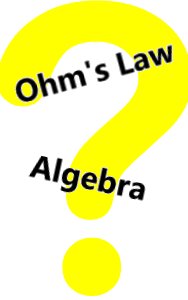 When choosing a transmitter for solar powered low power radio, FM seems the obvious choice. Low power radio FM transmitters are a bit more electrically efficient than low power radio AM transmitters. And, as angry haters often bellow, even a nanowatt FM transmitter can exceed FCC field strength limits when paired with a well matched antenna.
Unfortunately, while reviewing micro FM transmitters to use in the next generation of solar powered low power radio, a disturbing trend in product description has emerged.
First, here's a quick it's not exactly right but it's not horribly wrong review of FM transmitter efficiency, generally.
The manufacturers of commercial broadcast FM transmitters have been working for decades to improve electrical efficiency. Commercial units regularly boast electrical efficiency of up to 75%, meaning if you put 100 watts of electrical power in you get 75 watts of RF power out.
Down at the hobby transmitter level, we don't even approach the opposite of that. A typical hobby transmitter needs at least 1,000 mA of input power at 12 volts to achieve 500 mW RF output.
Our good friend Georg Ohm tells us that P=I*V or Watts equals Amps times Volts. That gives us 1,000 mA * 12 V for 12,000 mW electrical input. That 12,000 mA of current input gets us only 500 mW RF Output.
Referring once again to Georg and remembering our introductory algebra, 12,000 * X = 500 or 500/12,000 = 4% efficient!
Imagine my surprise when I see a potential FM micro transmitter listed on an ecommerce site with the following technical specifications:

How's that again?
5.5 V * 35 mA = 0.1925 Watts or 192.5 mW. Back to algebra, 100 / 192.5 = 52% efficient!
Or not... 10 mW of RF output power would mean 5% efficient, which is far more likely.
10 mW could be fine for limited local low power radio so the transmitter listed with these specs is not necessarily a poor choice, it's just that it's very difficult to compare transmitter options when the listings are full of grossly inaccurate information.
When shopping transmitters, it might be better to trust and compare supply voltage and current requirements than purported (and highly suspect) RF output.
So, can these ecommerce listings for FM transmitter modules be trusted? Me, I'll trust Georg and algebra and run my own calculations on output power. I won't be right, but I won't be horribly wrong!
Email ThisBlogThis!Share to TwitterShare to FacebookShare to Pinterest
Labels: cheap FM transmitter, fm broadcast transmitter, low cost beginner FM transmitter, low power fm, simple FM transmitter, small cheap FM transmitter, solar powered low power radio No comments: 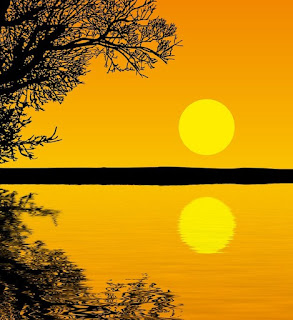 Fall's fiddling, floundering and failures taught me the hard lessons of my solar master. Now, it was time to step back, regroup and reflect on a more informed approach to solar powered low power radio.
Upon reflection, I learned three big lessons and picked up a few details along the way.
The first lesson was truth in consumption. Using manufacturer's claims or approximations based on battery life are useless. Current consumption of the final assembly needs to be measured in real time under real use. Time to get out the multimeter and measure current consumption under load. For example, the milliamps consumed by the transmitter nearly double when modulating the carrier.
This first lesson also caused me to completely re-evaluate transmitter selection for this project. It's well known that, at low transmitter power levels, the antenna has more impact on range than output power. This suggests searching for a new transmitter with an emphasis on low current consumption and perhaps avoiding features like LCD screens, variable output power and similar power wasters.
Next is truth in production. Again, manufacturer's claims are useless. The solar panel manufacturer doesn't know your latitude, installation and alignment or local atmospheric moisture content. In my northern tier state location, I was was only able to reliably harvest about one third of the wattage promised due to local conditions. My results suggest paying much more attention to panel location and utilizing adjustable fixtures to improve harvest.
Finally is truth in storage. How much of the battery capacity is available to deliver useful power? How quickly will the battery recover? Will the battery regain its full charge during the available daylight hours? I've been using Lead Acid AGMs, would one of the newer battery chemistries be a better fit?
In the details category, I learned that insects are strongly attracted to the heat given off by buck converters when my system inexplicably went down one afternoon. An investigation showed one of my buck converter assemblies in a mint can totally stuffed with bugs who managed to crawl in and short out the electrical contacts. Seal everything!
Speaking of buck converters, there seems to be opportunity pairing buck converters with solar controllers to wring more juice out of the battery bank. A solar controller for a 12 volt system will cut off the battery bank at a preset low voltage point, usually 11.5 VDC. If a buck converter with a 4 volt differential was used at the battery feed point, could the solar controller be set to cut off at 8 VDC with the buck converter bringing the output back up to 12 VDC?
If a constant 12 VDC is available at the buck converter, could simple voltage droppers be used where 1.5 VDC, 3 VDC and 9 VDC are needed in the audio chain?
Questions, questions, questions, flooding into the mind of the solar powered broadcaster of today!

Amplifiers for your 100mW AM Transmitter 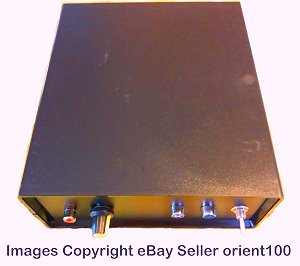 Perhaps you already have a Part 15 compliant low power AM transmitter and you'd like to try carrier current or experimental broadcasting. Do you need to buy a new transmitter to get higher power levels? 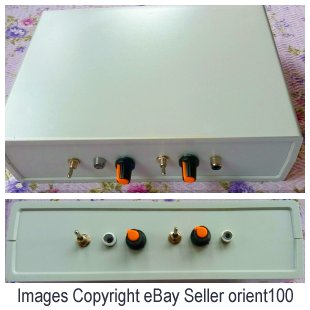 ebay seller orient100 is back in the workshop, creating some amazing new products. First is the new 10 Watt AM radio broadcast transmitter, for experimental broadcasting and carrier current use. orient100 describes this new AM transmitter as: