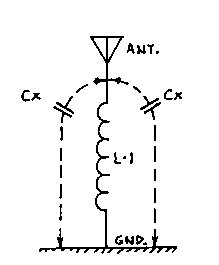 Imagine a radio band free for the taking! Low power radio experimenters have several underutilized opportunities to engage in recreational broadcasting. While not nearly as attractive as broadcast bands in AM and FM, these alternate spectrum opportunities still might be of interest to some.
We've discussed the shortwave band in several posts, view our shortwave articles here
Today we'll look in the opposite direction to something called longwave, or LW.
Sadly, most European Longwave operations are shutting down, for the same reasons most of our USA AM band stations are going dark. The good news is, more spectrum for us to play with!
According to Karl Thurber Jr., W8FX / 4, in his seminal Poptronics article on longwave experimentation (found on americanradiohistory.com):
"For years, a small but enthusiastic group of experimenters have been communicating on an almost totally unknown, license-free amateur radio band. This is the so-called 1750-meter band, whose wavelengths range from 1874 to 1578 meters (160 to 190 kHz).
It really isn't a ham band at all. Rather, this 30-kHz chunk of the longwave spectrum was allocated by the FCC in 1950 for limited-radiation device use. No operator or station license is required.
The FCC rules governing this type of operation are found in CFR 47, Part 15 and set forth three main requirements."

There's a nice historical overview of building transmitters for this band over at the Low Power Radio Repository in a section called  Longwave Broadcasting.
The surviving hobbyist sites for what are called lowfers can be found on the Long Wave & Part 15 Home Page and Lowfer.us.
Good old Techlib.com also offers an interesting beacon transmitter in a mints tin, the Altoids Tin LowFER Transmitter.
Ebay recently started offering two new long wave modulators that might be combined with the above noted oscillators for an easy, modular approach to getting a long wave audio operation on the air:

Fortunately, a hard-working hobbyist developed a proposed lowfer transmitter for audio transmission using a transmitter called the Deep Voice and a modulator from a project called the Big Talker.
So, you might ask, how could these broadcasts be received? Fair question! Several longwave receivers are available on Amazon.com and a selection can be viewed here: Longwave Radio Receivers
Ebay also often offers these radios, please viit this search page for Ebay listings for Longwave Radio Receivers.
Both Longwave and Shortwave are still tremendous opportunities for low power, experimental and recreational broadcasting. With easily constructed transmitters and widely available receivers, the only thing missing is YOU!
Email ThisBlogThis!Share to TwitterShare to FacebookShare to Pinterest
Labels: 1750 meter band, alternate experimental band, European AM band, longwave, LW