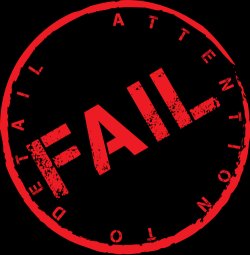 See part two of this series here:
Solar powered low power radio, part two
Last time we looked over my first effort at launching solar powered low power radio and we learned I made several pretty silly mistakes along the way.
These mistakes included underestimating the power consumed by my first configuration and vastly overestimating the power provided by my 1.5 watt solar panel.
My mistakes meant I had created a solar assisted system that ran off the battery and that received some supplementary power from the solar panel.
I remedied this by buying a 10 watt panel and trying again. While I enjoyed some success with this new configuration, the next upgrade I needed was to get a proper battery. As the long days of summer sun slipped into fall, the surplus battery wasn’t holding charge long enough to power the station through the night.
I decided on a 5 amp hour deep cycle battery and, realizing the days were going to get much shorter very soon, I added another 10 watt panel to my order. Now I would have, a total of 20 watts of solar power or a theoretical maximum of 1.6 amp amps per hour of full sunlight.
With the new panel and deep cycle battery in place, I turned my attention to my transmitter. I love those little Scosche units but like most of us, I am always interested in just a little more power. While browsing Amazon, one of those BH1415F chip-based units caught my eye, offering .100 watts to .500 variable watts of power.
Ordering that transmitter would mark the beginning of my next comedy of errors, where I make all the mistakes and pass the savings on to you.
With a potential 1.6 watts of power coming from my 20 watt array, I confidently ordered the BH1415F transmitter. My flawed thinking was that with a 5 amp hour battery and 1.6 amps of solar power charging and operating, my battery should be fully recharged after just 3 hours of sun.
With even a short 8 hours of sunlight in the coming winter, this should provide more than enough energy to run the transmitter and recharge the battery.
1.6 amps times 8 hours gives a gross charge of 12.8 amps. Taking out 5 amps to recharge the battery left 7.8 amps to run the station - more than enough, right?
Wrong - in so many ways! After setting up the station and starting the broadcast day on a fully charged battery, my new transmitter ran for 6 hours and then went dark.
What happened? While the new transmitter came with a 2 amp power supply, I had the unit set to the lowest output level at .100 watts, certain that this setting would keep the power demands at a minimum.
Wrong again! Getting out my VOM and measuring current used, I found that the new transmitter used 1.85 amps no matter what the power setting might be. Lesson learned? Low power FM transmitters can be real power pigs!
The new transmitter went right back on ebay and out the door. Once again I had created a solar assisted station. With 1.6 amps coming in and around 2.10 amps going out there was no way the poor little 5 amp hour battery could keep up. The hourly deficit took its toll and and took the station off the air.
Spoiler alert - we’ve only actually measured demand at this point. I was still using the theoretical input number. You'll see why that's important very soon...
Temporarily defeated, I put the Scosche transmitter back in service and went happily back to a fully solar powered, very low power operation.
Would this be the end of my mistake-burdened journey in solar powered low power radio? Stay tuned...
Email ThisBlogThis!Share to TwitterShare to FacebookShare to Pinterest
Labels: fm pll transmitter, hack FM transmitter, low cost beginner FM transmitter, solar power, solar powered micro radio, solar powered transmitter