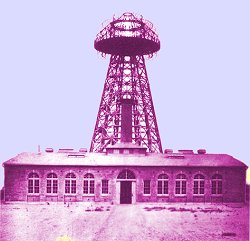 You might have already read that the sometimes maligned and often misappropriated legacy of the good Mr. Nikola Tesla received a positive jolt in the news.
An enterprising group of baby entrepreneurs took a long-known radio hobbyist factoid, slapped on the unicorn start-up bromide 'patented' with an IPO-ready name and proclaimed themselves the master of a new energy source.
First, here is the 'amazing' news story, from a more sober source that nicely identifies the underlying reality of this so-called new idea, circa 2015.

Freevolt Grabs Energy from the Air

"The Freevolt captures ambient RF waves and converts them to DC electricity. Very low power devices can run exclusively on the energy extracted by the Freevolt... This is ideal for remote applications like smart sensors on bridges or buildings, and for home safety products such as smoke detectors and security sensors."

Perhaps the Freevolt team was reading this article on the up and down Rex Research, back in 2011.

"Researchers have discovered a way to capture and harness energy transmitted by such sources as radio and television transmitters, cell phone networks and satellite communications systems. By scavenging this ambient energy from the air around us, the technique could provide a new way to power networks of wireless sensors, microprocessors and communications chips."

Or, maybe they were inspired by this article, also courtesy of Rex Research, back in 1989

"The Ambient Power Module (APM) is a simple electronic circuit which, when connected to antenna and earth ground, will deliver low voltage up to several milliwatts. The amount of voltage and power will be determined by local radio noise levels and antenna dimensions"

Whether "Free," "Amazing" or simply "APM," the current excitement confirms the veracity of the 36 Chinese Strategems, specifically, "Take something old, bring it to the present day and call it your own."

Once again, Tesla is proven to be ahead of his time - he only needed to live long enough for our 'through thin air' power transmission requirements to drop down to the milliamp level. Freevolt is an exciting development but far from new.
Email ThisBlogThis!Share to TwitterShare to FacebookShare to Pinterest
Labels: basic electronics, coils, commercial uses of low power radio, commercialization, electronic surplus, experimental broadcasting, micro radio, uV/m to mW, web history