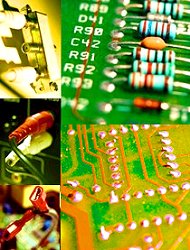 While the term is used in many different ways, on this blog I would suggest that hobby broadcasting is about trying new ideas and exploring interesting concepts.
Unlike community radio, which is focused on the audience, I feel that true hobby broadcasting is mostly about the broadcaster.
Trying new frequency bands, using different content delivery modes and exploring little used technologies might sum up the world of the hobby broadcaster.
Trying new frequency bands means stepping away (sometimes far away) from traditional AM and FM transmitting frequencies.  Unlike the carefully watched world of commercial radio frequencies, utilizing under used bands is encouraged by the Federal Communications Commission.
Some easily accessed frequency bands available for experimentation include the 160-190 KHz longwave band (1750 meter or lowfer), 510 KHz - 530 KHz & 1610 - 1700 KHz (medium wave expanded), 13.55 MHz (high frequency, hifer or shortwave), 49 MHz (VHF low), 900 MHz (VHF hi).
Longwave hobby broadcasters operate under the provisions of 15.217 which permits 1 watt final input power and the combined length of antenna, feedline and ground lead  not to exceed 15 meters (about 50 feet) maximum. Longwave broadcasters  usually a vertical monopole or a wire T with radials and/or a ground screen.

Longwave stations can be operated as experimental, propagation research broadcasts called beacons, automated stations operation 24/7/365, repeating an ID or other very limited content continuously.
Medium wave expanded band (medfer) broadcasters also use beacons, although operators in these bands are limited to transmitters with no more than 100 mW DC final power input and a 3 meter antenna, feedline and ground lead combined length.  More information on the Medfer Beacon page.
13.55 MHz high frequency hobby broadcast stations use a specific range of frequencies in the 22 meter shortwave band between 13.553 MHz - 13.567 MHz. These operators are allowed to generate a field strength of up to 10,000 uV (10 mV) per meter, measured at 30 meters from the antenna.
For amplitude modulation (AM) broadcasting in the high frequency band (with a standard 5 kHz maximum audio frequency bandwidth of 10 kHz occupied bandwidth), the preferred frequency to use in such a narrow band would be 13.56 MHz.
KDX Radio offers tested schematics for experimenting in this band.
VHF low band (49.82 MHz - 49.9 MHz) also known as the baby monitor band because early wireless baby monitors and cordless phones used this band. Here you can transmit a field strength of up to 10,000 uV (10 mV) /meter at 3 meters with a 1 meter (3.28 ft.) antenna. Learn more at the  49MHz Experimental Radio Club
900 MHz (VHF hi) You can read more about the 900 MHz VHF hi band in an article entitled Taking a look at the 900 MHz band and it's other users.
Using different content delivery modes is usually centered on generating distant receiving reports. Experimenters use many different means of delivering content, depending on the purpose of the station:
Exploring little used technologies might mean using a 49 MHz link to an AM transmitter, asking your friends to buy inexpensive Long Wave radio receivers used in Europe to tune in your 160 KHz radio broadcasts or using shortwave to feed a collection of Part 15 FM transmitters.
More information can be found in an extended article on hobby broadcasting under FCC Part 15 regulations.  Some of the information in this post was summarized from the much more detailed descriptions found at The Master List of Part 15 Radio Stations of North America, a site that disappeared years ago but is happily stored at the Internet Archive.
Is hobby broadcasting for you?  Check out the links, grab your soldering iron and get on the air!