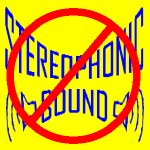 I've been watching the stereo vs mono low power FM debate for as long as I have been broadcasting. Not only have there been widely variant opinions, even real radio stations have tried going mono to improve reception.
To add to this confusion, when the high powered FMs tried mono the results were mixed at best and the talent complained bitterly about the change. One example was Washington DC's WJFK during their "Guy Talk" era in the early 2000s.  Howard Stern, Opie & Anthony and Don & Mike jabbered from 5:00 am  to 7:00 pm and the engineers hoped that switching to mono would improve signal coverage.  The listeners complained, the talent freaked out and - worst of all - no real improvement in coverage. So what's the real deal?
Fortunately, a real radio engineer has settled the matter once and for all using the tried and true argument-settler in technology arguments - math!  Paul Thurst, radio engineer and blogger, just posted a great summary of his conclusions on his blog linked below.  After running the numbers, Paul first answered the question for high powered FM stations - why doesn't switching to mono make a difference?
"Those stations tend to have a great deal headroom when it comes to power density, building penetration, multipath (picket fencing and capture effect)."
So you really don't see a difference in range or coverage between stereo and mono in a mega-Watter.  On the other hand, if you are working the low end of the power curve, either with licensed LPFM (10 Watts - 100 Watts) or are working under Part 15 rules (micro-Watts), it's a completely different story.
"On low power stations, stereo can be a great detriment to reliable coverage." and "For Class A and LPFM stations, it (stereo) should be turned off."
Or, in the case case of purchasing a low power FM transmitter, look for a mono unit, skip the encoder or look for a unit that can run in either mode - example, the Whole House FM Transmitter 2.0
Read Paul's entire post and check out some of his other information on his excellent engineering blog.
FM Stereo vs station coverage by Paul Thurst, on August 8th, 2011, posted on Engineering Radio blog at EngineeringRadio.us
Email ThisBlogThis!Share to TwitterShare to FacebookShare to Pinterest
Labels: stereo vs mono transmitting range and coverage